Klyde Warren Park in The Arts District of Dallas is planning on beginning a large expansion this year, called Phase 2.0. This project is in collaboration with HKS, as well as Gensler and Jacobs to undertake this massive engineering and design feat. There are many new and exciting developments that are to be expected, which is expected to begin being built in late 2021, with completion projected to be around mid-2024.

One of the notable additions to the park will be a large, interactive water fountain. This fountain will be added to the space closest to Pearl Street, and is being reported to “an iconic water fountain,” which children can play on during that day, and which will have “choreographed water shows that will light up the night.”

Kit Sawers, the Park President, said that the jets in the fountain will be “capable of jetting columns of water up to 100 feet.” The Chairman of the Board of the Woodall Rodgers Park Foundation, Jody Grant, mentioned in a new release that, “the only way to describe this fountain is spectacular,” and it will be “a signature structure that by day beckons children at play and by night delights visitors with a spectacular show, reminiscent of the Eiffel Tower light show in Paris.”

There are many other developments that will be made in the park as part of this expansion which will add many more amenities and places for events.

In a press release, Klyde Warren Park officials stated that the Children’s Park “will be expanded and improved to include more water features, playground equipment, a climbing wall and a family picnic area.”

They also mentioned in their Phase 2.0 plan that the dog park, named My Best Friend’s Park, “is being relocated across the street to a bigger and shadier space.”

Another exciting development will be an “award-winning glass and steel jewel box,” which is planned to be “suspended over the freeway between St. Paul and Akard,” consisting of “24,000 square feet of climate controlled reception and event space on two levels, and a 8,000 square foot roof terrace.”

The final addition to the park will be The Jacobs Lawn, which can be found west of Akard Street. This area will be “a 37,000 multi-use venue that will provide space for the kind of festivals and markets that help define a city.” They also mentioned that during the winter, “it will be transformed into an ice skating rink under the stars, and we’ve got special plans for the rest of the year too.”

There are many exciting new things to look forward to in the expansion of the Klyde Warren Park in the upcoming years, and it will surely be a great place to bring the kids for fun in the water fountain, events, and more. 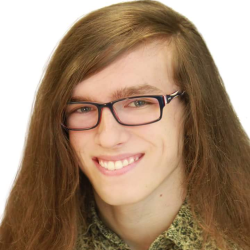 Josh Horn
Josh is a Dallas-Fort Worth native, born and bred. He studied film writing, argumentative writing, story composition, and many more literary skills at UNT in Denton, TX. 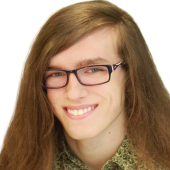 Josh is a Dallas-Fort Worth native, born and bred. He studied film writing, argumentative writing, story composition, and many more literary skills at UNT in Denton, TX.